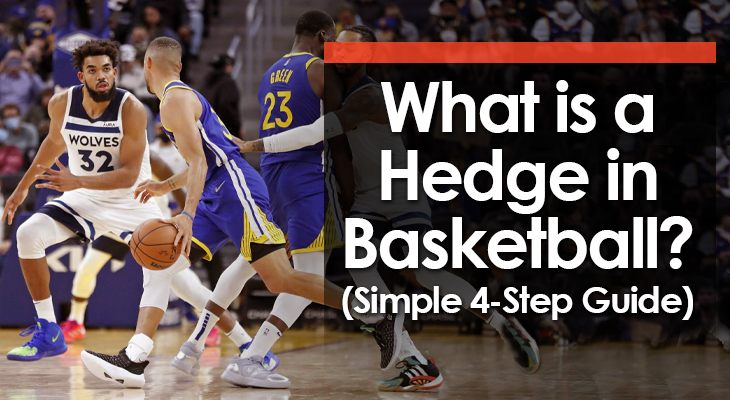 One of the most commonly used offensive actions across the world is the pick-and-roll.

And one of the most common ways to defend the pick-and-roll is by “hedging.”

This is important to know, because whether you’re playing in the NBA Finals, for your HS team, or pickup at at the local court, it’s impossible to play a game without defending a pick-and-roll.

So you better understand how to do it well!

When it comes to using the hedge in basketball, each defensive player involved must understand their responsibilities or the offense will have an enormous advantage.

Below I’ll explain what hedging is and how it works:

What is a Hedge in Basketball?

Hedging is a defensive tactic that involves the screener’s defender momentarily stepping out to defend the ball-handler in an attempt to slow them down and prevent penetration.

Here’s a list of what a hedge aims to accomplish:

How to Execute a Hedge Correctly:

The first step to effectively hedge a ball screen is to anticipate the screen.

Perhaps the ball-handler has called for a screen, or you know their plays, or the screener starts to move towards the top of the key and your intuition tells you a screen will be set.

Either way, anticipating the screen will ensure you can get to the correct position on time.

If the screen catches you by surprise, you’ll be too far away to hedge correctly.

2. Beat the Dribbler to the Spot

You want to position yourself in the ball-handler’s ideal dribbling route.

This forces them to change course, hopefully taking a few extra steps towards the half-way line.

If they do, the on-ball defender will have time to navigate the screen and get back in position.

3. Stay Connected to the Screener

The screener’s defender should step out high and wide when hedging.

BUT, it’s important that they stay connected to the screener.

Remember that we’re NOT switching or trapping the ball…

When the screener rolls to the hoop or pops out, the screener’s defender must go with them.

You also don’t want to give the ball-handler the chance to “split” the screen.

4. Recover Back to Your Opponent

Once the ball-handler has evaded the hedge, it’s time to “recover” back to your opponent.

The player who hedged should recover back with their arms up to deter (and potentially deflect) the pass if the ball-handler attempts to throw to the screener.

The on-ball defender will slip UNDER their teammate to get back into position.

If they were to chase around the hedge, the on-ball defender will find themselves trailing on the play, which gives the offensive player a big advantage.

The defender helping on the screen steps up and ideally has both feet facing the sideline.

The idea here is to force the ball-handler to take several extra steps towards the half-court, which will give the on-ball defender enough time to navigate the screen and get back into guarding position.

When executing this hedge, make sure the ball-handler isn’t able to “split” the pick-and-roll.

The screener’s defender has both feet towards half-court and should be level with the screen.

Here, the main goal is to prevent the ball-handler from using the screen to drive immediately.

The flat hedge forces them to take several extra lateral steps, while allowing the help defender to stay attached to their original matchup, preventing the roll pass or a pick-and-pop. 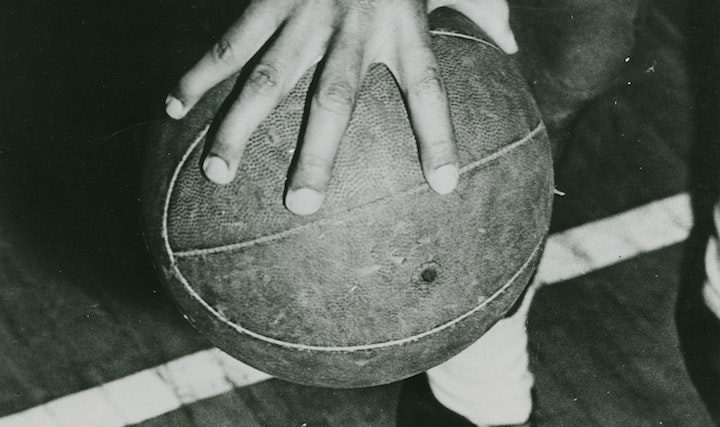 A “hedge” in basketball is a defensive pick-and-roll tactic used to nullify an on-ball screen.

Done correctly, the ball-handler will have to retreat further from the basket, which gives the on-ball defender time to get through the screen and establish good defensive position.

Every player must know how to hedge a screen.

Billy Donovan says Bulls have to get better at matching intensity

Exclusive Darren Till interview: I’d say YES to a YT boxing fight; I was stabbed, dying when a nightclub security brought me back to life; I need to work on my